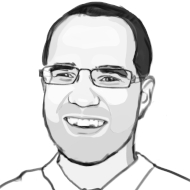 Something of an autodidact, I taught myself BASIC-A programming at age 13 and C++ at age 14. Although I started with HTML when I was 15, I didn’t get a chance to publish a real website until three years later, when I made a website for Brady’s Meat and Deli, a small butcher shop that I still work for on my days off.

My programming experience includes writing internal web applications with Java and JSP, ECMAScript (more commonly known as JavaScript), HTML, CSS, ColdFusion and Oracle-SQL for Environment Canada, writing Delphi/Pascal for Versabanq Innovations, writing UNIX-BASH scripts to make my workflow more efficient, and a little bit of C#. I started working as a contractor at PeaceWorks Technology Solutions in April 2009 before becoming a full-time employee in July 2009. In June 2012, I started working at Myplanet Digital as a Drupal Developer, and started working with OpenConcept Consulting in October 2013. In February 2015, I started co-ordinating the bi-weekly Drupal Core Updates blog post, and became an Acquia Certified Developer. In September 2015, I joined Digital Echidna; and in February 2020, joined Consensus Enterprises.

In my spare time, I like to teach myself new programming languages, and read. I’m also an active member of Drupal.org, and a personal member of the Drupal Association.